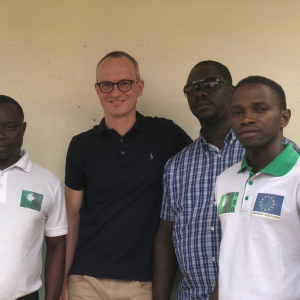 Driven to contribute to achieving the SDGs, I am improving access to renewable energy in rural Africa as managing director of the Foundation Rural Energy Services (FRES. Before I pioneered in SDG-benchmarking by setting up the Access to Seeds Index.

Go to: FRES Go to: Access to Seeds Index 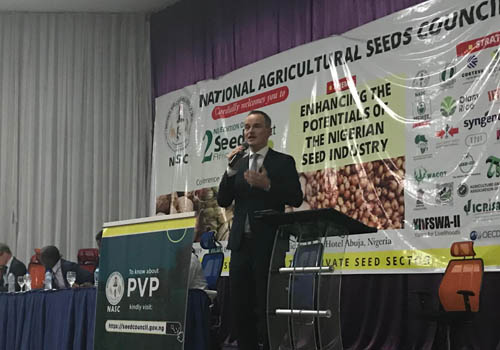 The first Access to Seeds Index for Western and Central Africa is topped by a homegrown seed company from Nigeria: Value Seeds. What better venue to present these results than on the second SeedConnect Africa conference in Abuja.

The overall picture of the study was however one of international and African seed companies falling short in delivering quality seed and new varieties to smallholder farmers. “While there is a growing number of seed companies active in the region, both homegrown and international, less than half of the 23 companies researched conduct plant breeding in Western and Central Africa. This limits the release of new varieties adapted to the region, and explains the high number of varieties that are older than five years offered in company portfolios,” he added.

He said the relevance of access to seeds and plant breeding should not be underestimated, pointing out that the number of undernourished people in the world reached an estimated 821 million in 2017. Verhagen said, “It is rising. Climate change and weather extremes have been identified as a major reason for the increase. The seed industry has a vital role to play in helping farmers to adapt to climatic challenges while simultaneously raising production levels.”

He stated that according to the FAO the number of undernourished people has been on the rise in Western Africa and sub-Saharan Africa as a whole in recent years, maintaining that Western Africa has seen undernourishment rise to 15.1 per cent of the population in 2017 from 10.4 per cent in 2010.